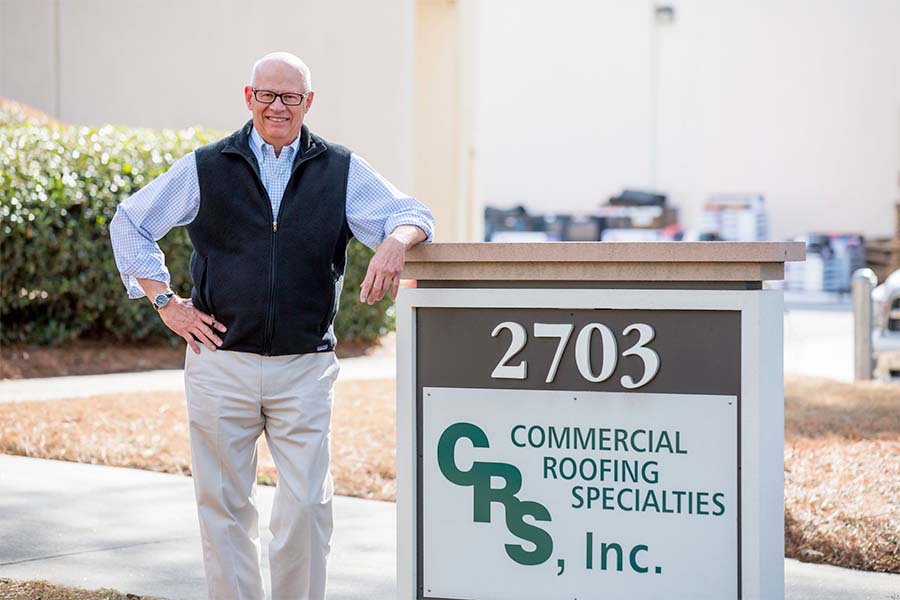 Larry Burns is the co-founder and CEO of CRS™. CRS™ began as a small company in 1981 with a goal of supplying the best materials and supplies to the best contractors. Over the years CRS™ has continued to grow and expand, becoming what it is today. With Larry’s expertise in business and the roofing industry, CRS™ is destined for greatness and continued growth and success.

Joined CRS, Inc.™ in 2014, after ten years in national security and defense-related fields.

A member of the CRS™ family since 1991, and a partner since 1999, Chip Martin brought his knowledge and expertise in the commercial roofing industry with him and has made a huge impact during his time as the branch manager of CRS™ College Park.

A member of the CRS™ family since 1993 and is now Vice President and a partner.

Over 20 years of experience in commercial roofing and a CRS™ employee since 1985.

Seth has been with CRS since 2010, climbing the ladder from warehouse employee to operations manager to branch management. Prior to CRS, Seth worked in the surveying industry.

Over 20 years of experience in the building materials and distribution business and has been a part of the CRS™ team for 18 years.

Coming from a 3rd generation family of roofers, Joey brings 27+ years of experience in the roofing industry. He started his career with CRS in 2008 as truck operator and worked his way into counter sales. Joey then made his way to our Doraville branch 2012 where he continued to grow his knowledge base and expertise, becoming an intricate part of CRS’s day to day operations. Now in his newest role as Branch Manager in Kennesaw, Mr. Perry is looking forward to assisting our North Georgia customers and continuing to grow our business in that area.

With over 20 years of experience, Jeremy has an extensive knowledge of roofing and building material distribution.  He joined CRS in 2015 as a Residential Sales representative.  As branch manager, he now directs and leads a growing cohesive team in Savannah.  Under his leadership and guidance, they continue to endeavor to be the area’s market leader in sales, service and expertise.  When he is not keeping busy with leading a successful branch, you will find him doing what he loves, spending time with his family and friends or enjoying the outdoors.

With over 20 years of experience with CRS™, Mitch has grown with the company. Beginning his career as a warehouse employee and making his way to sales and onto branch manager, Mitch is now the branch manager of CRS™ Chattanooga and a valuable asset to the CRS™ team.

With over 20 years of experience with CRS™, Chuck has grown with the company. Beginning his career as a warehouse employee in 1998 and making his way to sales and onto branch manager, Chuck is now the branch manager of CRS™ Knoxville and a valuable asset to the CRS™ team.

Over 14 years of experience in the roofing and distribution business and a vast knowledge of commercial and residential roofing, products and roofing systems.

Formerly the branch manager in Savannah, Mike joined the CRS team in 2003 and was an integral part of the Savannah branch since its opening in June of 2007.  Since Jacksonville opened in April 2020, Mike oversees and leads a great team that strives to be the market leader in both service and expertise.